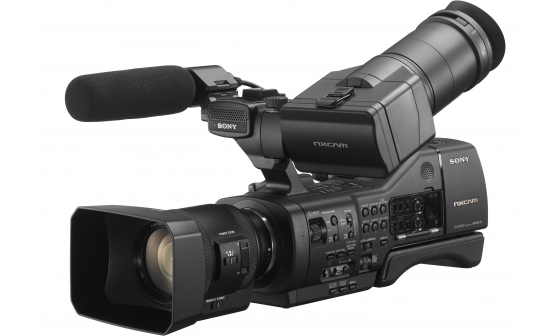 Today, Sony have announced their new FS100 Mark II…I mean, NEX-EA50 camcorder, and a new, power-zoom (i.e. can be zoomed with a button rather than manually) version of their 18-200mm lens. The NEX-EA50 does seem to share a lot of its specifications and feature set with the FS100 but at a much lower price of around £2,700. The FS100 is a great camera but the ergonomics are often a source of complaint. Now, Sony seem to have addressed quite a few of the ergonomic oddities of the FS100 with the NEX-EA50. The LCD screen, which was on the top of the FS100 so was useless if the camera was over head height, is now on the side of the camera. There’s also a built-in shoulder pad that extends backwards to help stabilise the camera. 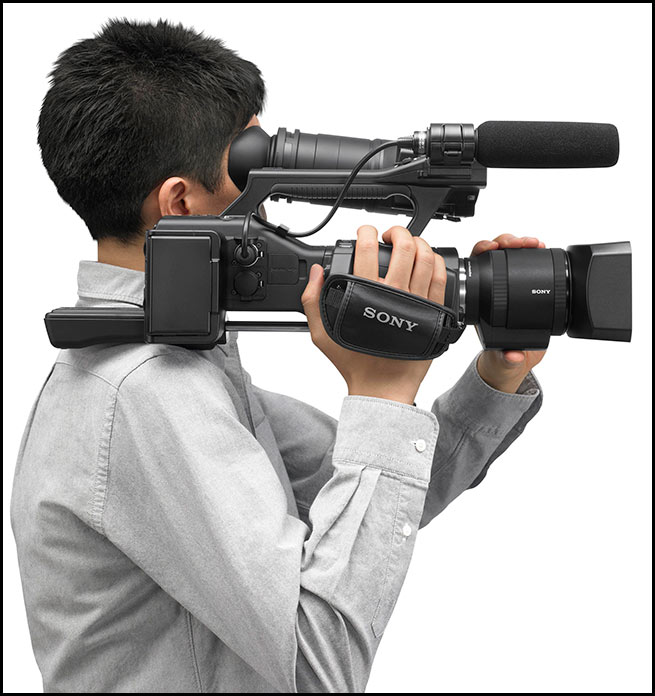 Unfortunately, Sony haven’t included ND filters in the NEX-EA50 which is a huge shame. Built-in ND filters make a massive difference to the speed and smoothness of a shoot. For things like documentary shooting- something that this camera could be great for- not having built in ND filters is a massive ball-ache. With the FS700, Sony proved that built in ND filters can be added to an NEX camera; I just wish that they had done so with the NEX-EA50, even if it had added a little bit to the price.

One feature that I am really pleased to see is still photo shooting in raw mode. The FS100 has no still mode at all (well, other than just taking a frame from your video) while the the FS700 can shoot 8 megapixel stills but only in the compressed, jpeg mode. The EA50 shoots proper, 16 megapixel images in the raw format, which should give much better quality as well as being much more flexible in the editing suite. In theory, these should be just as good as images from a Sony NEX-5n and, depending on the sensor, might even be a little bit better. Only time will tell.

Time will also tell us how good the video image quality on the NEX-EA50 is. From the fact that it does 16 megapixel raw stills, the EA50 must be using a different sensor to the FS100 as the latter only had a 3.34 megapixel sensor. It’s very early days yet, but we will soon see if this high resolution sensor gives a better resolution picture or simply much noisier, moire and aliasing riddled mush.

Hopefully it’s the first one!